Vertical Impact Crushers (VSI) are a high energy but low stress comminution device. Rock is crushed via intensity impact. A significant amount of the comminution is via interparticle attrition which leads uniquely cubical products. Unlike cone crushers, the Vertical Impact Crushers do not rely on high stress compression crushing to generate fine aggregates. They are ideally suited for the production of high quality cubical aggregates, and are highly efficient in producing manufactured sand. VSIs can be customized for either fully autogenous, semi-autogenous or Steel on Steel comminution.

VSI crushers use a high speed rotor with wear resistant tips and a crushing chamber designed to ‘throw’ the rock against. The VSI crushers utilize velocity rather than surface force as the predominant force to break rock. In its natural state, rock has a jagged and uneven surface. Applying surface force (pressure) results in unpredictable and typically non-cubical resulting particles. Utilizing velocity rather than surface force allows the breaking force to be applied evenly both across the surface of the rock as well as through the mass of the rock. Rock, regardless of size, has natural fissures (faults) throughout its structure. As rock is ‘thrown’ by a VSI Rotor against a solid anvil, it fractures and breaks along these fissures. Final particle size can be controlled by 1) the velocity at which the rock is thrown against the anvil and 2) the distance between the end of the rotor and the impact point on the anvil. The product resulting from VSI Crushing is generally of a consistent cubical shape such. Using this method also allows materials with much higher abrasiveness to be crushed than is capable with an HSI and most other crushing methods.

VSI crushers generally utilize a high speed spinning rotor at the center of the crushing chamber and an outer impact surface of either abrasive resistant metal anvils or crushed rock. Utilizing cast metal surfaces ‘anvils’ is traditionally referred to as a “Shoe and Anvil VSI”. Utilizing crushed rock on the outer walls of the crusher for new rock to be crushed against is traditionally referred to as “rock on rock VSI”. VSI crushers can be used in static plant set-up or in mobile tracked equipment. 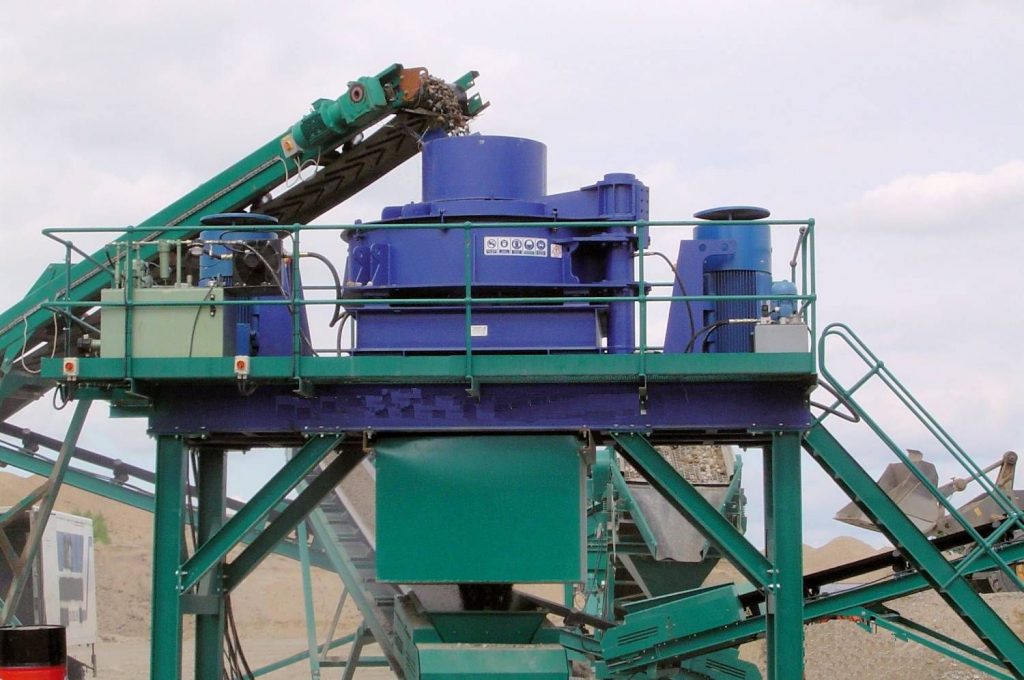 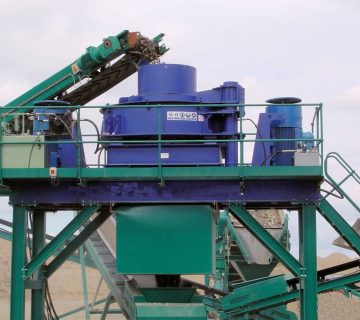 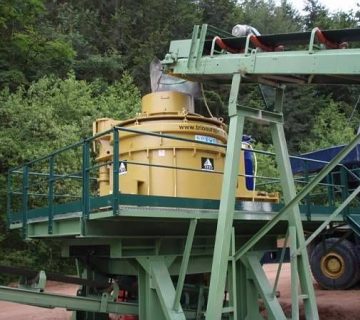